Einstein’s theory of relativity has stood the test of time; over 100 years and counting. My guess is it will once again be proven right. TGO

Later this year, a special star in our galaxy called S0-2 will take the ride of its—and our—lifetime. And astronomers are particularly excited for the speedy journey because they have just confirmed the star is all alone, which means it will let them test whether Albert Einstein’s theory of general relativity is correct.

The plan is thanks to a recent paper published in The Astrophysical Journal that shows S0-2 is a single star, without a companion orbiting it closely. In order to test Einstein’s theory, astronomers need to be able to take incredibly precise measurements of where exactly the star is. That’s not something they could have done if S0-2 had a binary, with two stars circling each other closely but blending into one smudge of light. 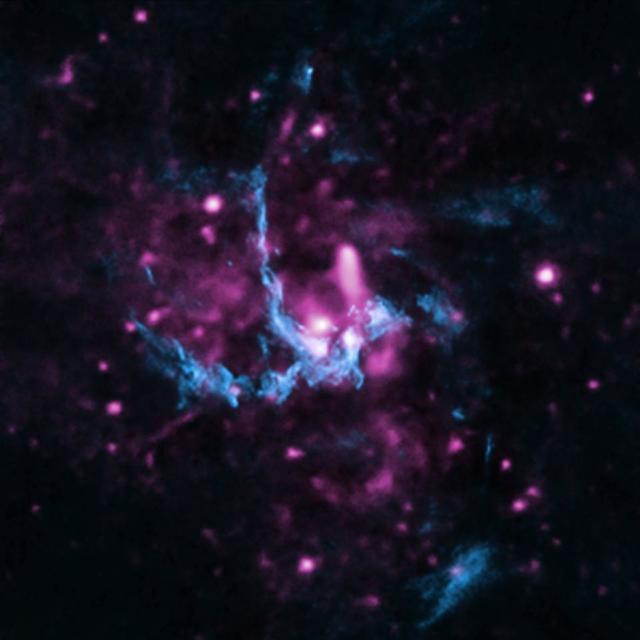 “We have been waiting 16 years for this,” first author Devin Chu, a graduate student at the University of California, Los Angeles, said in a press release. “We are anxious to see how the star will behave under the black hole’s violent pull. Will S0-2 follow Einstein’s theory? Or will the star defy our current laws of physics? We will soon find out!”

The test itself will take place as S0-2 zooms past Sagittarius A*, the giant black hole that lurks at the heart of the Milky Way. It will come as close to the black hole as about three times the distance from the sun to Pluto—that’s incredibly close in astronomical terms. Sagittarius A* is so massive that its gravity will pull S-02 along at speeds up to 18.5 million miles per hour. That’s still a fraction of the speed of light, but pretty darn fast for a giant ball of gas to be moving.

But Sagittarius A* won’t just speed S0-2 up: If Einstein was right about how the universe works, the star’s light will slow down. That’s because the black hole should be warping space-time, creating what scientists call a gravity well. Just as you’d use up energy climbing out of an actual well, the star’s light loses energy climbing out of the gravity well.

Knowing that S0-2 is a single star, astronomers can measure how its light changes as it deals with the gravity well around Sagittarius A*. And unlike the star’s last swing past the black hole 16 years ago, astronomers now have tools precise enough to do so. If they see the effects they’re expecting, they’ll know Einstein’s theory has passed another test. If not—well, they’ll have to come up with a new theory that fixes the holes in his.

This article was first written by Newsweek

Am interested in science and philosophy as well as sports; cycling and tennis. Enjoy reading, writing, playing chess, collecting Spyderco knives and fountain pens.
View all posts by The Great One →
This entry was posted in Science and tagged Albert Einstein, Black Hole, Galaxy, Milky Way, NASA, Physics, Star, Theory of Relativity, Universe. Bookmark the permalink.