Sooner or later people come to their senses, which is what most of her sponsors did. In reality, did anyone really believe that David Hogg’s message had any kind of staying power? He’s about the only one who believed it, fool that he is. TGO

Refer to story below. Source: The Wrap 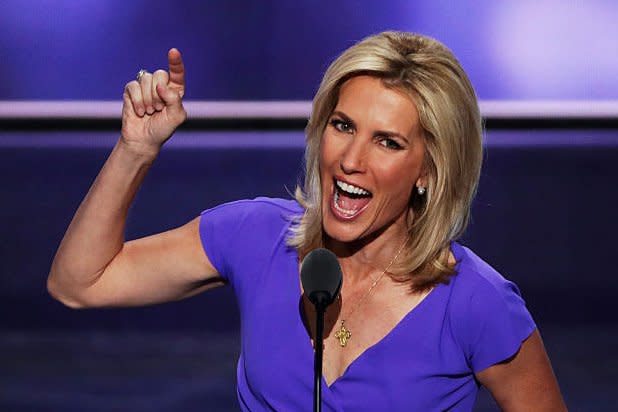 Laura Ingraham’s “The Ingraham Angle” just enjoyed its highest-rated and most-watched month to-date — this, despite David Hogg having called for a second boycott of the Fox News Channel show in mid-June.

Last month, “The Ingraham Angle” earned 2.654 million total viewers per night, with 544,000 of those coming from the key adults 25-54 demographic. Both of those Nielsen numbers are the best monthly averages Ingraham has seen since launching in late October 2017.

Ingraham’s TV ratings momentum hasn’t slowed since advertisers initially left her program over unkind remarks the conservative cable news host made about high schooler Hogg. Clearly, it has only picked up steam.

Parkland shooting survivor Hogg first launched his personal crusade against Ingraham on March 29, 2018, after the conservative host mocked him on Twitter for failing to get into a number of colleges he had applied to. She later apologized for her remarks.

Hogg’s second attempt at putting Ingraham out of business came after she compared child immigration detention centers to “summer camps.” Ingraham later updated her choice of wording there, comparing the detention centers instead to “boarding schools.”